Competition for designing a sculpture entrances 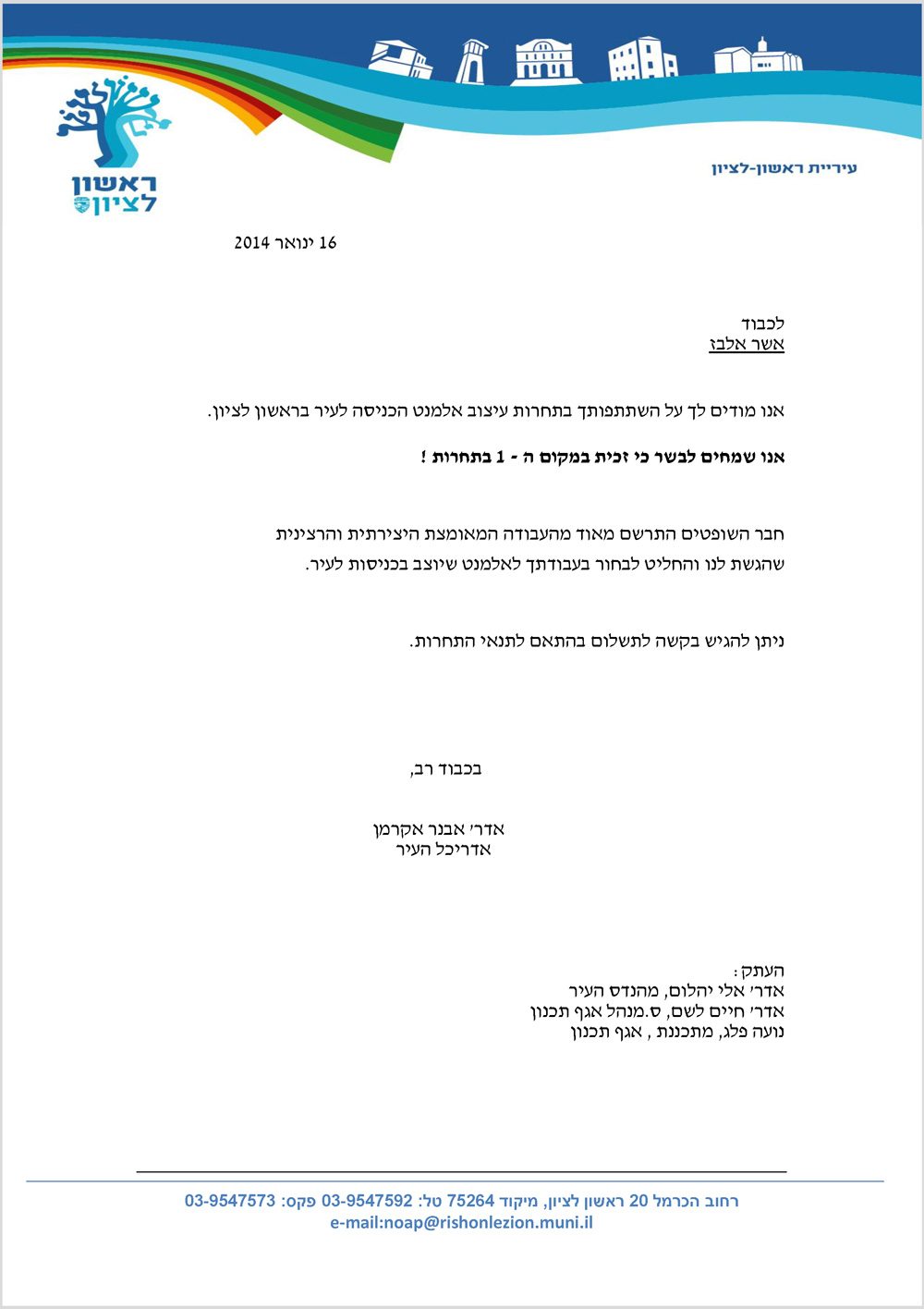 Rishon Lezion - an agricultural colony that vineyards will clean water from the well, has grown to be a city of culture and commerce industry.

<<  Back to last page
Scroll to top