In the entrance element to the city resign lezion

In the sculpture model presented to the competition, a green / blue / red LED bulb was lit. The idea was to present lighting options rather than lighting. My favorite color was green, which relates to the artistic / formal idea of ​​growth.

In search of a suitable green lighting in the LED lighting market, it soon became clear to me that there was no suitable shade on the shelf. The familiar green was not an option for me and I had to try and apply a more appropriate shade of light. The location and intensity of the lighting was also crucial for me to achieve the desired effect.

Despite the fact that I have been working in the field for many years directly and indirectly, lighting the sculpture was a new challenge that I could not cope without establishing a real model and preparing several lighting attempts in search of the correct shade and location for lighting within the sculpture.

Another question I dealt with was whether to wake the sculpture from the outside or just from within?

On the face of external lighting is obvious, I do not know a sculpture or artistic element in the public space that does not receive flooding of outdoor lighting. I thought that an external light to one side of the element would accentuate its unique geometrical silhouette, emphasizing the opening angle and adding dynamism to it. But attempts made in my studio in the planning stages and in the field after placing the statue certainly showed that the outside light, weak and side-by-side as it may be, significantly weakens the intensity of the green light bursting out of the statue. In the end, to my delight, I gave up the outside lighting and left only the inner green light.

I attach a few pictures taken in my studio to illustrate the lighting attempts and present the final result.

The lighting attempts were made using a lighting channel controller that controls the hue and the intensity.

Special thanks to or sher from Danor Theatre and Studio Systems ltd. 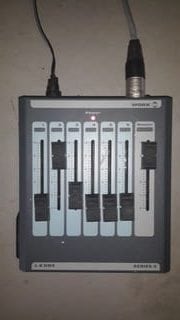 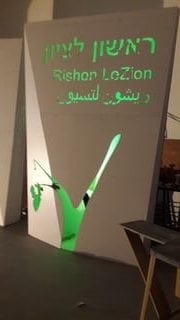 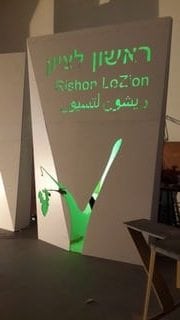 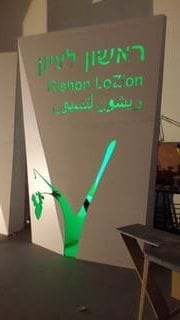 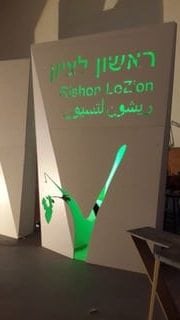 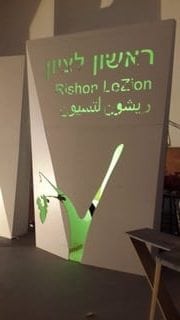 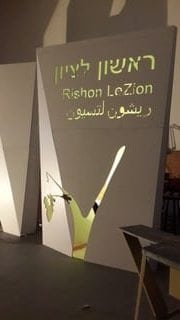 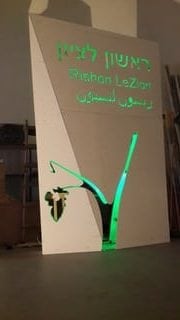 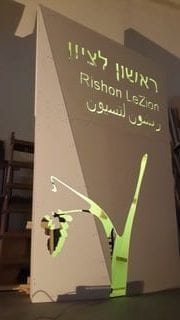 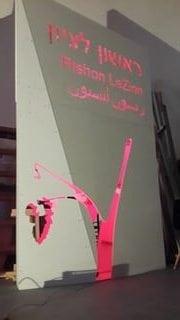 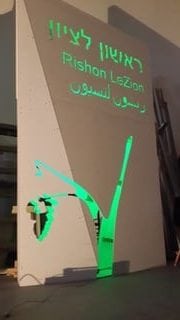 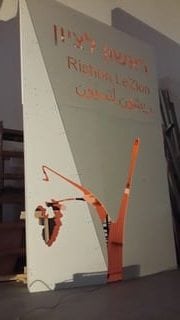 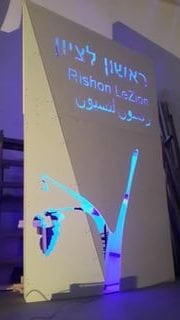 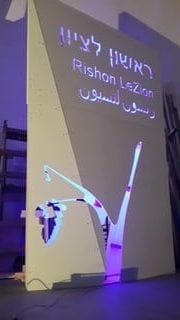 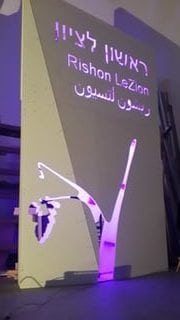 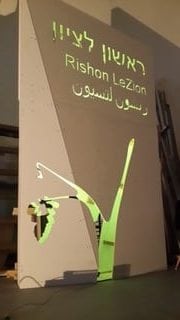 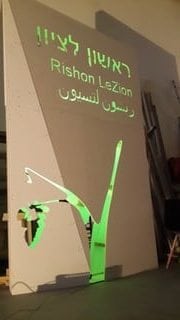 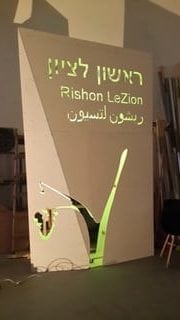 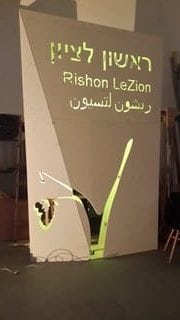 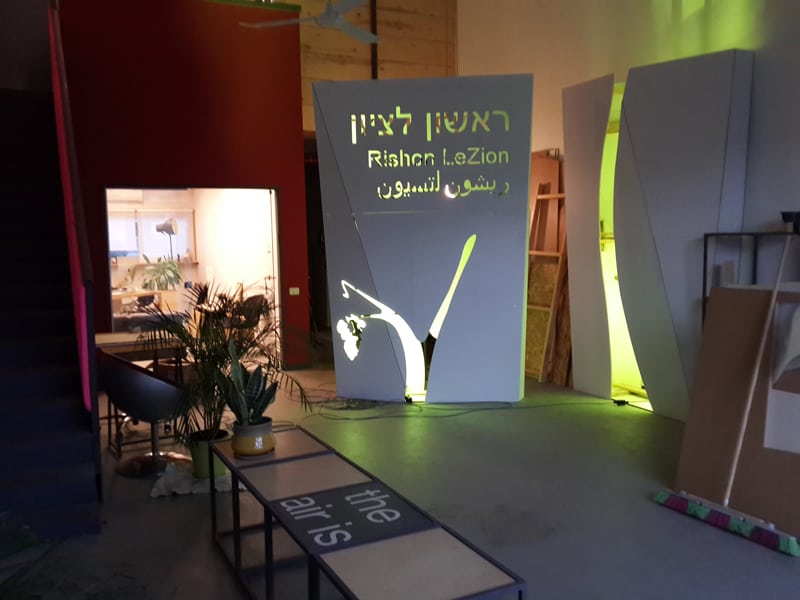