The original house, two floors + basement, built in the sixties and was characterized by a heavy appearance: plaster covered with quartz and planned structure of the two blocs. The interior is divided into a public ground floor of two levels, the upper floor housed levels in four living rooms, and the roof was room “light” Asbestos boards built.

“In fact, the story renovation massive performed at first I’d like tenants who bought it to incorporate an elevator,” says the designer who Elbaz project the re-engineering of the house located in the old north of Tel Aviv, “as these inner space consisting places and levels and a family whose children are grown, comfortable future was a significant section defined in the program, and in the process became ‘Starting Small “comprehensive project in every sense”.. 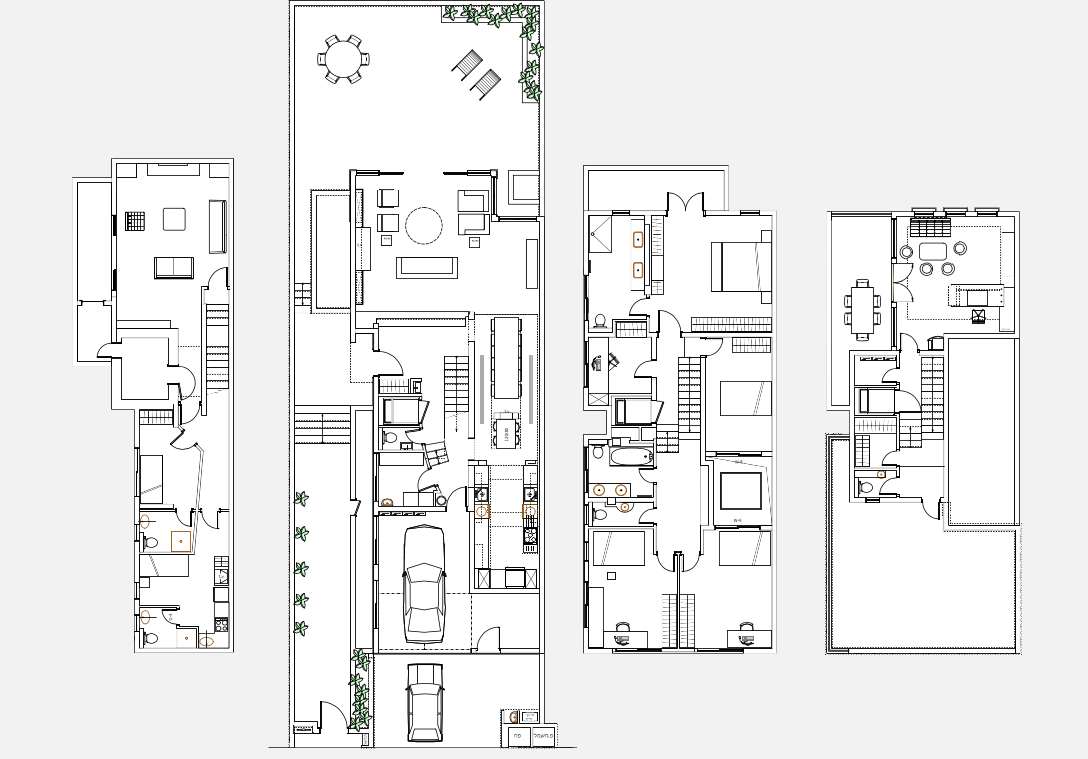